Daddy on the Edge of the GW Bridge

I mean, I was painting in another room, and my client was watching the tv in the kitchen, so I only half heard the report - "a local student who was filmed having sex jumped off the George Washington Bridge". I stopped mid brushstroke to mentally digest and process what I had heard. My first thought was that, if someone had filmed my first time having sex and broadcast it for all to see, I wouldn't have killed myself. Quite the contrary, my "first partner" was quite the babe and a few years older - at 16 years of age, Daddy would have been a stud among studs had that footage gone viral. Offing myself would have been the furthest thing from my mind.

Later that day of course, I heard the detail that made it all make sense - Tyler Clemente was filmed having sex with another boy. And the world found out.

And his world came to an end.

I never knew Tyler Clemente. I never knew Billy Lucas, a 15-year-old high school freshman from Greensburg, Ind., who took his own life following a period of anti gay bullying. I didn't know 13 year old Seth Walsh, who hanged himself, nor did I know Raymond Chase, an openly gay 19-year-old student at Johnson & Wales University in Providence, R.I., who committed suicide in his dorm room. I've never personally known anyone that killed themselves because they were faced with a society that refused to accept them for what they were. On top of that, I'm a married, forty something Daddy of two young kids. So, while I very much wanted to speak to this issue, I was honestly at a loss as to how I was going to relate. I laid down to veg on some tv and let my mind cruise, and I stumbled on an episode of "Freaks and Geeks". I had never seen the show before, but it was pretty clear from the title and the plot line that we were seeing the lives of what are often thought of as the losers in high school - in my world, the show would have been called "Burnouts and Wimps". In high school, I had long hair, liked rock music, smoked and occasionally got high -

One "Burnout" label for me, please.
The kids I hung out with ran the gamut - bohemian, late seventies flower children, brilliant, sardonic, misunderstood teens and yes; at least two people in my own personal "Breakfast Club" that were more than likely gay. We didn't really seem to focus on what made us different from one another; instead, I think we simply found some lunch period comfort in the company of fellow misfits.

We dared to be different. No; that's wrong. We were undeniably different, there was really no getting around that. But, instead of hiding what we were, or trying to pretend that we were anything else, we dared to be...ourselves. And in doing so, we managed to find some level of acceptance. We also manged to get our asses kicked from time to time - for no real reason other than being different; for being what we were, which was not being "normal".

Most folks love their accepted norms. Because having them means they're safe. They're comfortable. Most of all - they're Accepted. Accepted as one of The Normal People. And how do they know that they're normal? Well, they need to identify people that Aren't Normal. And then they need to beat them up. Or harass, tease or mock them. It is that old school of thought that the only way I can make myself feel "More Than" is to make you feel "Less Than".

Obviously, that's not true (Don't get me wrong - Daddy is evil - downright dastardly at times, but his being left handed has nothing to do with it.). Left handed people aren't directed by the dark forces - we're just wired to be left handed. Brain chemistry is funny that way. It tells us things like what hand to use. It also tells us things like who we are and who we're attracted to. No one chooses to be gay.

Say it with me.

No One Chooses To Be Gay.
Being gay is as much a choice as is being straight. No one actively chooses to be gay, bi, trans, straight or any of the other varieties of gender expression and sexual attraction - we just come out that way.

Do you really believe that educating children about the concept of someone having two mothers instead of the traditional mother/father set will somehow "turn them gay"? By that logic, if you like your kids Caucasian, perhaps you should have them opt out of Black History Month, since, in your backwards Bizarro world, learning about a thing apparently makes you that thing. In that world, I would never let my kids learn about Republicans. Or Tea Baggers. Or Borat.

A child will not learn to be gay or straight. What they will learn is that people are different in infinite ways. And then, they DO get to choose. They get to choose between love or hate, between acceptance or denial, between an enlightened, intelligent, educated understanding...or the status quo.

My kids are already learning, already choosing. And at nine years of age, they already know that...

Hating on someone for what they are is wrong.

Even if they're a freak or a geek.

Even if they're gay.

Even if they're bi.

Even if they're trans.

Even if they're left handed.

Even if they're Tyler Clemente. 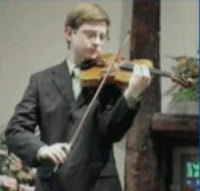