Okay, this will have to be a quick post. Daddy has decreed that the bedrooms of Daddy's daughters have reached Defcon 2 in terms of their complete disorganization and just plain mess, and therefore must be thoroughly sorted and sterilized. This means, of course, that the act of "helping them", my sudden damsels in distress, will take up most of my day, but I wanted to say something before I go, and that is this;
The new facebook is not the Devil.
Here are a few possible candidates for the devil; 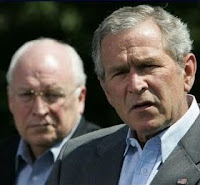 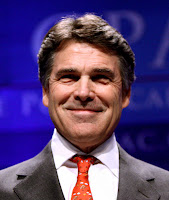 Any of these guys - you want to tell me they got triple 6's etched in their skulls, I'm with you. I don't trust any of 'em - especially the big, dopey one (and the purple dinosaur creeps me out, too.)
But there's one guy that's been getting a lot of heat lately, and I think we really need to state for the record that he, in fact, is not the Devil.

This is Mark Zuckerberg, the big brain behind Facebook. Facebook is that social networking site that, since it's inception, has been completely free to it's users. It is that internet hub that has reconnected countless multitudes of people, made daily personal contact with friends easier than ever, and allowed even a forgetful social misfit like Daddy to "remember" everyone's birthday. When a child went missing recently in our area, it was through Facebook that we put the word out and received updates and the news that he had been found. When natural disasters strike in other parts of the country, or the world, it is through Facebook that I communicate with my friends and loved ones, ensuring that they are okay. Two years ago, when Daddy hisself was lying in a hospital bed, warm wishes, thoughts and prayers came to me through my Facebook feed, and it did my heart a world of good.
Speaking of doing good, while it's easy to vilify this kid for (gasp!) trying to make his product better, let's take a quick look at what else he's done lately.

That was last year. Here's a little something that he's done recently;

Yeah, okay but....he's messing with my feed!! I can't find my recent stories! I'm going to Google Plus!"
I've heard stuff like that from a lot of my friends lately. Admittedly, I was a little put off when I first saw the changes; it's like someone rearranged the furniture in your house while you were sleeping, and now you're running into everything. But, after you wake up, find your coffee maker and have your morning joe, you might start to look around your redesigned digs and realized that the new way has a lot going for it. Daddy recently took on the new role of "early adopter", something that I am usually severely averse to - but I was curious. So I grabbed the developers app for the new Facebook profile page and dove into the future.
And the future looks cool.

That's the new Facebook Timeline. It takes some getting used to, but Daddy thinks it's pretty awesome.
Change...is inevitable. In most of our lives, we want change - we're always looking for the next, the better, the more advanced...and that is as it should be. The more we learn, the more we grow...the more we grow, the more we change. And that's...okay.
I started this talking about daughters, so I'll end in a similar vein. Here's another Daddy on the Edge with his daughter. The video made Daddy cry a little, and that too, is a change...for the better.