Daddy on the Edge of "The Welfare State" 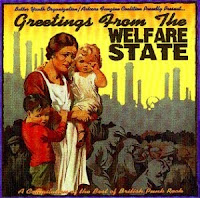 So, I started out as diligent little blogger person, searching for stats - facts and figures, charts and graphs to back up my seemingly Un-Daddylike position that supporting all of the greedy little thieving welfare queens in our country has simply got to stop. And then I thought, I don't need no stinkin' stats! I'm fueled by rage! Powered by righteous indignation! I'm having a Tea Party in my pants! So here I go - catch me if I fall.

First, let me say that, if you are just broke ass broke, and you need help, then you should have help - I'm all for that. If you're sick and can't care for yourself, you should have care. The weakest among us should be assisted by those of us who are not so weak - Jesus said it, Buddha said it, Ghandi said it, Clinton, King, Obama, Kennedy, and of course - Daddy says it.

However, if you do not need welfare - if you already make more money than you need and yet still insist on taking that which is meant for those less fortunate - well then, you are scum. You are disgusting, loathsome maggots feasting off of the flesh of our country - taking that which does not belong to you; that which you do not deserve, and in doing so, forcing the rest of us to pay for your gluttony. You are filth, and it is you that we speak of when we discuss "Welfare Queens".

Here are a few of those money grubbing bitches - those welfare queens that sit around all day with their other freeloading friends, trying to think of even more ways to steal from honest, hardworking Americans;

None of ExxonMobil's income taxes were paid in the U.S. In 2008 the company's income tax bill was $36 billion.

They paid ZERO. A pre-tax income of 37.3 BILLION and they paid ZERO. Daddy's pre-tax income was just slightly less than 37.3 billion frigging dollars, and let me tell you that Daddy paid taxes. Daddy's butt is still sore from the last tax payment. But hey, as long as I'm supporting poor, defenseless companies like little old ExxonMobil - I mean, somebodies gotta pay for all that boom, right? I wonder if my money is helping them dodge proper well drilling techniques, or going to purchase poorly misused and inadequate boom, or maybe my tax dollars subsidize the bird cleaning effort. Hey, as long as I'm doing my part to keep this poor company on it's feet! 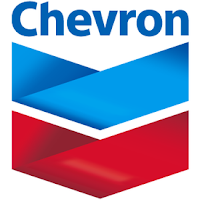 Not as bad as ExxonMobil, but still - $200 million down from $19 billion? Methinks someone has found an offshore haven of sorts.But hey, we didn't need that $18.8 billion, did we? We'll get by - maybe we can have a bake sale!

Y'know that I could go on and on with this rogues gallery, but we have grocery shopping to do, so I'll wrap up with this one, which is by far my absolute Fav!

GE's financial services unit, GE Capital, keeps the overall tax bill so low. Over the last two years, GE Capital has displayed an uncanny ability to lose lots of money in the U.S. and make lots of money overseas, where tax rates are lower.

Read those figures carefully - that's a Negative $1.1 billion under Income Tax. Not only did they "owe nothing" in U.S. Income Tax, but they managed to record a tax benefit in excess of one billion dollars! I love that - they have an uncanny ability to lose money here and make it elsewhere! Y'know, there's a name for that ability. It's called Larceny.

The bottom line here is that you can blame the poor in this country all you like for "the strain on the system" that they cause through their needs, but it is nothing when you compare that amount to the enormous amounts of money that these companies deny the U.S. every year. We need to be clear on who's stealing from us. While it's comforting and easy to blame this guy -

the truth is that he's the least of our problems. He's a decoy, put out there by lobbyists, corporations and even those in our own government. They want us to focus all of our energy on that guy, so we don't notice this guy - 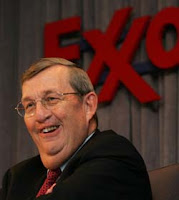 Pretty damned good decoy, huh? I'd have trouble telling these guys apart. This Welfare Queen to my right is Lee Raymond, Chief Fat Bastard of ExxonMobil, just looking all happy as a pig in shit over how he fleeces this country that he calls home. Bastard.

We've gotta stop this, and I'm certain we can. But this requires thought. It requires minds greater than Daddy's to figure out how to bring down these giants and steal their wallets. That's where you come in. We need ideas; we need to start a dialogue. Revolutions are won by those who show up - leaving some thoughts in the comments section is a damned good start.

Here's some music to get you excited - track 2 on the Revolution Soundtrack.

"The principles are clear and explicit. The free market is fine for the third world and the growing counterpart at home. Mothers with dependent children can be sternly lectured on the need for self-reliance, but not dependent executives and investors, please. For them, the welfare state must flourish."