Daddy on the Edge of The Fence

A friend of mine asked me not too long ago how I choose the subjects that I write about here.  I was quick to say, "I write about things that piss me off", which is pretty much true.  But then I thought about all the things that aggravate Daddy on a daily basis, and realized that if being pissed were the only litmus test, then I would never stop writing in this place.  Turns out there are two criteria; subjects have to piss me off, and I still have to be pissed about them weeks later.  If they're still bugging me, I'll write about them.  Sometimes Daddy has a hard time letting go, but I'm in good company - watch:


Now, let me just say right here that I have no desire to force anyone to eat their own face meat whilst family looks on - that is not my intent.  But I do have to cry fowl on occasion when I hear or read something that paints me or mine in a negative light.

I was reading an article by a friend of mine - the subject was sex.  My friend likes to talk about sex.  A lot. I haven't quite figured out if it's because she has an over-active libido or if because talking about sex gets more clicks on your articles, but I try not to think about it at all.  In the past, every time I have mentioned that she looked good in a picture, she has said "awwww" and told me to give my wife and kids a big hug (a subtle reminder that I'm married and shouldn't be noticing that she is attractive, even if it's meant in the most platonic sense).  So, I don't tell her she looks good anymore.  Goofy I know, but it's just not worth the grief of always feeling like I'm some kind of lech when I know I'm not.  And I already hug my wife and kids plenty, thanks.

So, if I'm not even looking at pictures of a person with their clothes on, the last thing I want to do is read about them describing sexual acts.  But there it was - the article was about sex - mind blowing, "f*ck your brains out"  sex, but quickly denigrated into the mind aching, time honored tradition of reinforcing the archaic differences between Men and Women.  Men were described as emotionless.  Lacking intuition.  Solid and Unchanging.  Possessing No Desire.  Oh, and we're good at Penetrating.  Penetrating seems to be our best thing.

At best, based on this description, Man is this: 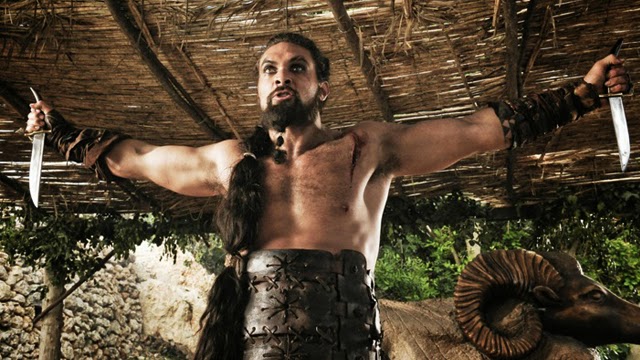 But we can't all be Khal Drogo from "Game of Thrones", so on average, we'd be more like this... 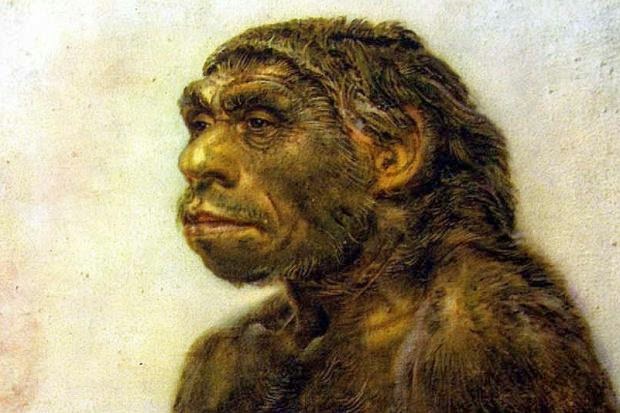 But really, when you boil the text down to it's simplest form and look at the adjectives -  Solid, emotionless, unchanging, devoid of desire, used for penetrating, then it becomes clear that this is what we are really seen as...

Now originally I thought that's what had upset me - I was having an emotional response to the importance of my gender being minimized to it's basest, most...dildo-ish form - but then I remembered that men don't experience emotion, so I looked deeper.

And that's when I realized the trap that I had fallen into.  Us vs.Them.  Male vs.Female.  Black vs.White. Zero vs. One...

Binary technically means "composed of two parts", so it's basically the understanding that there is only one or the other - in this case Men or Women.  The Binary is a dynamite sales and marketing tool - as is stated in the article I reference, John Gray made multi millions of dollars in personal wealth with his "Men are From Mars, Women are from Venus" series of books.  Did it do much for people that didn't relate to being from Mars or Venus, other than making it more obvious that they didn't fit into that "norm"?  Maybe not, but who cares, right?? - it spent 121 weeks on the best seller list!  Yup...more clicks for the same old schtick.

Trouble is, the schtick isn't real.

Do you have any idea exactly how many people feel like they don't fit into the standard Male/Female role? How many gay, lesbian, bisexual, panssexual, transgender, transsexual, intersex, hermaphrodite, asexual, eunich, androgyne, bigender, genderqueer and questioning people there are in the world? If you said yes, then you're lying.  The truth is that, while there are millions of people that come out and live their lives as who they truly feel they are, there are vast multitudes of people who know that they're "different", yet are afraid to admit it - they find the idea of being their true selves terrifying.  Why?  Because so much of our world hates them (and not like you hate the Red Sox kind of hate - like slit their throat and leave their body in a ditch kind of hate).  Why?  Because they're "not normal".  Why do we think they're not normal?  See "The Binary".

"Hetero-normative", "gender conformist", "heterocentric" - different words with a similar message - that the heterosexual lifestyle is the one fully accepted, practiced, "normal" way to be.  Unfortunately, the flip side of that acceptance and embracing of heterosexuality...is homophobia.  Why?  Us or Them, baby.  Black or White.  The Binary.

And it doesn't have to be the outside world hating on them - a lifetime of the world telling a kid that what they are is wrong - yeah, that shit can turn inward - can turn into self loathing; a vicious, violent denial of who and what a person is - a painful internal battle that they have to fight and hopefully win before they even have a prayer of taking on the rest of the world.  It takes an awesomely brave, incredibly strong individual to come out as anything that deviates from the  "norm" - in large part because of the subtle, constant reinforcement of the binary, and that anything not "this" or "that" must be "wrong".

Constant, relentless repetition that outdated gender stereotypes have any place in any kind of enlightened discussion may be good for some page clicks, but it has real, life and death implications for those outside the binary - for those people not so specifically, entirely, absolutely Male or Female.  Words are a powerful flame - they can light the way, or they can scorch the earth.  The choice is yours.

I thought I was pissed about being called a dick.  Turns out it was something bigger than that.  I had originally titled this piece "Daddy on the Edge of Tired Ass, Supermarket Checkout Aisle Rationalizations, Generalizations and the Compulsive Need for Clicks, Licks and The Same Old Schtick (ADULT)".  Instead, I'm going to call it, "Daddy on the Edge of The Fence".  Why?  Watch the vid.

It's not that simple.