Daddy on the Edge of a New Year 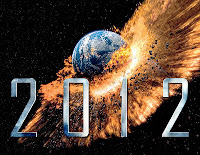 The Mayans were wrong.

Cool, 'cuz Daddy had a full Saturday planned and a Friday end of the world would have really futzed thangs up, ya feel me?  But it's cool, because they were wrong.  We're still here.  Glad I didn't tell people what I really thought about them.  ;)


And we play that damned REM song 'til it can't play no mo'.

You know the one.  I know the one.  I think even my mother knows the one I'm talking about, and my mother still thinks that Jim Nabors is a great contemporary artist.  The song is "It's the End of the World as We Know It (And I feel Fine)" -

The song originated from a previously unreleased R.E.M. song called "PSA" ("Public Service Announcement"); the two songs are very similar in melody and tempo. "PSA" was itself later released as a single in 2003, under the title "Bad Day". In an interview with Guitar World magazine published in November 1996, R.E.M. guitarist Peter Buck agreed that "End of the World" was in the tradition of Bob Dylan's Subterranean Homesick Blues
The music video was directed by James Herbert, who worked with the band on several other videos in the late 1980s. It depicts a young skateboarder, Noah Ray, rifling through an abandoned, collapsing farmhouse and displaying the relics that he finds to the camera.
Following the terrorist attacks on September 11, 2001, the song was placed on the list of post 9/11 inappropriate titles distributed by Clear Channel.

It's a fun song; I'm sure it's a favorite at karaoke bars, and it's probably the only reason you will hear entire rooms of adults shout out in unison, "LEONARD BERNSTEIN!!"  But I think there's a little more to it than that...

The lyric is, "It's the end of the world as we know it...and I feel fine".  Prepositional phrases are such important things, don'tcha think?  The end of the world...as...we...know...it.  Did you know that the world as we know it ceases to be, completely and utterly, in the half of a half of a nanosecond after we've known it?  Human beings, the planet that we live on, the animals that share it with us and the atmosphere and the stratosphere and the universe - we are all in a constant state of regeneration.  Life in transition.  Life is transition. The atoms that make up your body once made up the body of Christ.  I didn't say that - Deepak Chopra did. We are ever changing, living in a universe that is never the exact same from one millisecond to the next - matter and energy ever changing, ever transitioning, ever Becoming.  That's the good news - we are always becoming something new, something different; often times, something wonderful.  But only if we allow it. 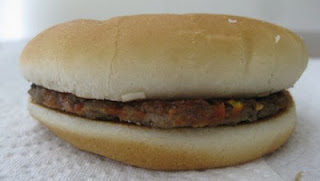 And why wouldn't we?  It's what we've known; it's all we've known.  It's what our family and teachers and friends and work associates know us to be, so it must be true, and therefore must be continued.  But, what if we ignored our history, our daily adherence and belief in what we are, and all the evidence it provides to our senses that we are merely - the standard burger.  What if we allowed ourselves to dream for a moment, to go wild in our fantasizing, and imagine ourselves to be... the Number 1 Combo Meal - the Big Mac, large fries and your choice of an icy soft drink!  What if you ordered that from the Cosmic Counter Person?  Hell - why limit yourself to the McDonald's menu?  Why not order the Mascarpone Enriched Chestnut Agnolotti from Per Se?  Why not embody Del Posto's delightful Pumpkin Cappellacci with brown butter and biscotti?  Or Amber's Hokaiddo Diver Scallop with Jerusalem Artichokes, green apple, 56 month old Patanegrade bellota ham & white alba truffles (which I understand pairs magnificently with the 2003 Chateau Larrivet Haut-Brion Blanc,  Pessac-Leognan, Bordeaux) ??

My point is; change is inevitable.  Why do we not take active control of that change, instead of leaving the choice of who we are to be made by the powers around us?  A rudderless ship will still be carried by the ocean's currents, and will find itself arriving at a destination that it had no say in choosing, or worse yet, may just become lost at sea, never finding it's home, it's true destination...it's destiny.

Tonight marks the beginning of a new year. My wish is that it truly is a "New" Year for us all; unlike the old years of compliance, complacency and acceptance of the unacceptable.  In 2013, may we be unconventional in the face of conventional wisdom, may we rise up and challenge inane notions that we can be categorized by percentages, or antiquated belief systems; may we see the dronings and squawkings of Television News Puppets as the silly, nonsensical noise that they are and not for a second take them seriously; may we begin this day to become something completely new, something superior to what we have ever allowed ourselves to be before.  In 2013, may we be Magnificent.  It is the End of the World as We Know It...and I Do Feel Fine.  How 'bout you?

Email ThisBlogThis!Share to TwitterShare to FacebookShare to Pinterest
Labels: Amber, Daddy on the Edge, Deepak Chopra, Del Posto, It's the End of the World as We Know It (And I Feel Fine), Mayans, McDonald's, Per Se, R.E.M.