Send Out The Clowns 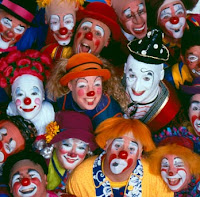 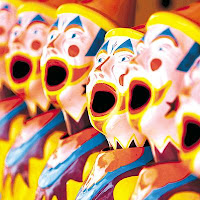 First, they came for the Muppets, and I didn't speak out, because I was not a Muppet...

Then they came for the Girl Scouts, and I didn't speak out, because I was not a Girl Scout...

But then they came for THE LORAX -

When you come for the Lorax, Daddy is just gonna lose his shit. Lou Dobbs acts like The Lorax is a recent creation, penned by Obama hisself as a new mascot for the 99% movement.

Lou Dobbs is a Weenie.

The Lorax has been around since 1971, written during a period of time when the Pacific Northwest was being stripped of great swaths of forests, and much of the rest of the country was suffering from the effects of massive littering, dumping and industrial waste. I used to think that industrial waste being dumped into the Great Lakes was something that could be universally thought of as being "bad". But the folks at FOX News seem to think that cleaning up the environment is a Communist plot.

I simply have no words to counter such incredible stupidity.

But, in case you do take them seriously, let Daddy calm your fears -

The Muppets are not out to get you.

The Girl Scouts are not a threat to your way of life.

Dr. Seuss and his books will not bring about the downfall of society.

Adults who try to make you scared of these things are funny clowns, and should not be taken seriously.

Email ThisBlogThis!Share to TwitterShare to FacebookShare to Pinterest
Labels: Muppets, The Girl Scouts, The Lorax